The Lake District – How it all Began 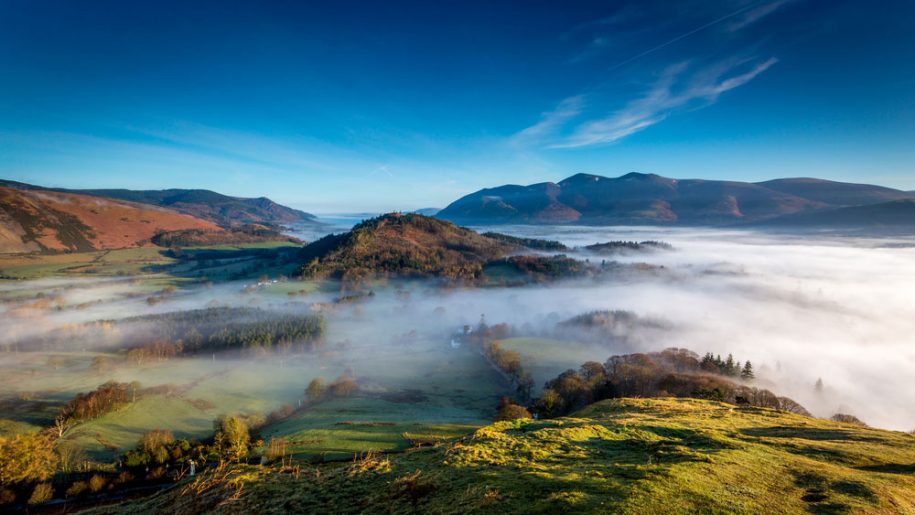 Cumbria was formed from the older counties of Westmorland and Cumberland, North Lancashire and North Yorkshire. When it comes to the Lake District itself, we take a look at how it all began.

The Lake District National Park, situated within Cumbria attracts over 16 million visitors each year, and is the largest national park in Britain.

How it all Began:

Established in 1951, the Lake District National Park covers 885 square miles and is home to Scafell Pike, the highest mountain in England at 3,209 ft, and Windermere, the largest lake at 10.5 miles. The northern ranges of the Lake District consist of 500 million year old slate, and the central ranges are made up of volcanic rock, over 430 million years old.

The Lake District countryside is divided up by U-shaped valleys, known as Dales.

Before the railways reached Cumbria, three canals were built, including the Kendal Canal, the Ulverston Canal and the Carlisle Canal. The Preston to Tewitfield section of the Kendal to Lancaster Canal was opened on 22 November, 1797, and finally linked to Kendal in 1819. The canal bought great prosperity to Kendal, and allowed coal to be imported for various industries in and around the town.

The Ulverston Canal opened in 1796 and connected Ulverston to the sea, and lasted until 1945 when business ceased. As the railways began to improve the speed and efficiency of the movement of goods and raw materials, the canals eventually began to decline. The last barge load of coal was bought to Kendal in 1944, and the barges were then largely used for passengers.

Farming and agriculture were the main industries in the region. Sheep farming in particular has been a mainstay for many years – the Herdwick breed being associated closely with the region.

The Lake District remains one of the main sources in the UK of granite and slate, used widely in the building industry, and years of quarrying have left its mark on the landscape. Some lakes provide a source of drinking water, and Thirlmere provides water to almost 1 million homes in the Manchester region.

The history of English literature is closely linked with the Lake District. Thomas Grey documented his first tour of the area in 1769, but it was William Wordsworth who really put the region on the map when he lived and worked in Grasmere from 1799-1813 and Rydal Mount from 1813-1850. Wordsworth was inspired to write some of his most famous poems while resident in the Lake District, including ´Daffodils,´ also known as ´I wandered lonely as a cloud.´

Many visitors to the region today challenge themselves to climb the mountains and fells and enjoy the pleasures of hiking, sailing and a host of outdoor activities to choose from. Whatever time of year you visit the Lake District you are assured of a warm welcome and a host of fabulous luxury Windermere boutique spa suites, in and around the town.

If you are looking to find out more about how it all began, why not book into a Windermere spa suite.