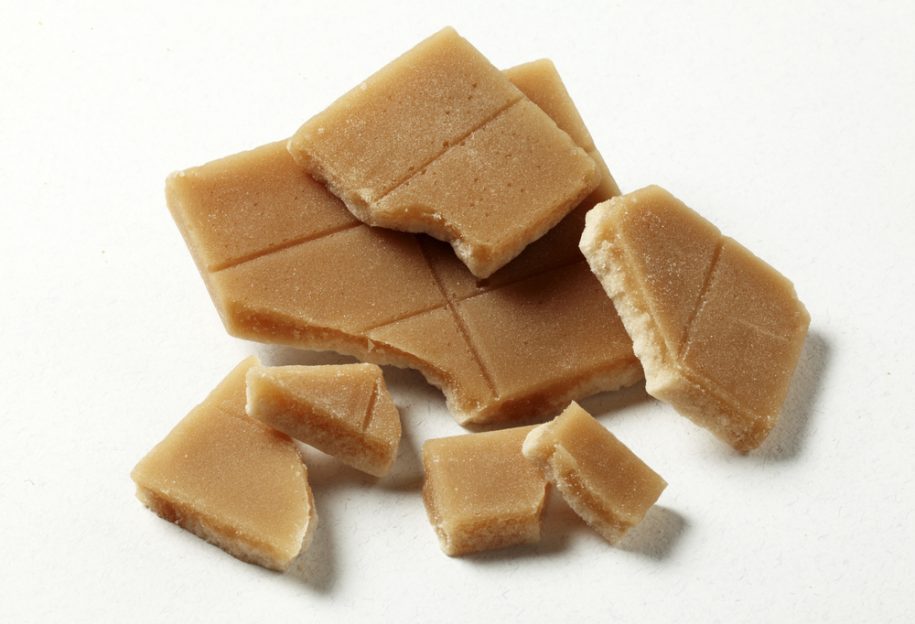 When it comes to visiting the Lake District, there are 5 traditional foods of Cumbria that you have to try. After all, what better place to taste everything from Cumberland Sausage to Kendal Mint Cake than where it originated.

The traditional foods of Cumbria don’t come much more recognisable than this. Something the local butchers pride themselves on. Likewise pubs and restaurants will only serve the best quality available.

This famous pork sausage is presented in a coil shape, often served with mash and onion gravy. When you’re out and about in Windermere, chances are it will be easy to find one served in the local country pub.

Not so much a food, but a more a food source. The sausages may be made from pork, but it’s Cumbrian lamb that is highly popular among the locals. In particular the local breed comes from the Herdwick sheep.

What makes this particular animal special, is it’s ability to survive foraging. The sheep commercially farmed in the Lake District, but it’s the diet of plants that give it a distinct flavour. So if you’re out in Windermere for a roast, the chances are you’ll be eating locally sourced meat.

This is one of those traditional foods of Cumbria, that could be easily mistaken for originating elsewhere. After all, a meat, black pudding and potatoes “tattie” sounds Scottish as much as it does Cumbrian.

However, having said that, once you’ve tasted the aforementioned lamb there’s no doubt where this pot of food has come from. If you’ve walked across the Lake District fells, or been sailing on Lake Windermere during a winters day – a Cumberland Tattie Pot will soon warm you up.

If you’re visiting the Lake District in the build up to Christmas, gingerbread houses will be on every market stall. Chances are however, they may be the more traditional German variety. Not that there’s anything wrong with that of course. Just, Grasmere Gingerbread is something rather special.

However even if you’re not planning to go too far from your Windermere Spa Suite, a trip to Grasmere will be worth it. Ginger shortbread, covered in sugar and candy is an ideal treat any time of the year. After all, there’s a reason why it’s been so popular for over 200 years.

This is one of those traditional foods of Cumbria unlike any other. The story goes that a local connectionist Joseph Wiper made the sugary mint cake by mistake. It has, however, put the market town of Kendal firmly on the map since it’s discovery in 1869.

The combination of high sugar content and strong peppermint flavour has been popular among those on long walks and mountain hikes. The sugar is a good source of energy, while the mint clears the sinuses and helps with breathing in the Cumbrian air.

Your Windermere Boutique Spa suites all come with a mini-bar, so the fridge will also help keep any food you’ve bought fresh. Not only that, you can snack on the Kendal Mint Cake and Gingerbread while soaking in your own private hot tub.